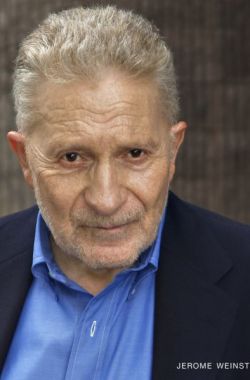 Life is strange.  Where is "the beginning?"  I started to work at age 12 and have never stopped.

I enrolled in Brooklyn Law School, and then Uncle Sam called and sent me to Korea.  Came back, still had two jobs and graduated Law School.  Practiced criminal law: it was too dirty.  Went into Financial Planning and started to make a lot of money and boy, was I corrupted!

You might ask, from whence cometh the bug?  I'd reply it must have been "osmosis."  I grew up with an opera singer and cantor, my brother. Then there was my cousin Al.  He was an actor.  My grandmother would talk about him, but never let him in the house, because he was an actor and thus a bum -  Al Jolson was a lot of things.

The years went by.  One day I registered at HB Studio, (that is a long story) and studied musical comedy with Aaron Frankel with Eric Stern & Steve Lutvak (both class accompanyists).  This web site is the latest result of my folly.